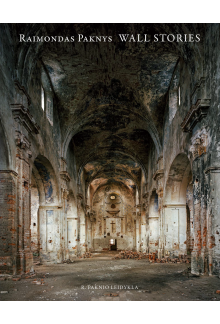 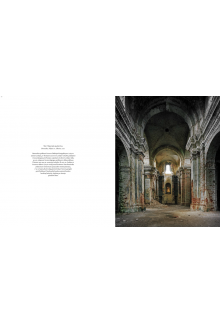 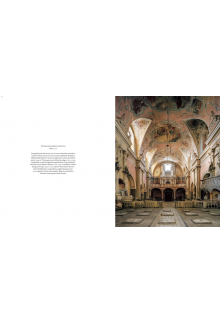 From the Grand Duchy of Lithuania and the Polish-Lithuanian Commonwealth

This is an album of photographs of the disappearing heritage of the lands of the former Grand Duchy of Lithuania and the Polish-Lithuanian Commonwealth.

Images of ruined shrines, castles and palaces in the photographs, crumbling and rundown interiors, and traces of the luxury of times past allow one to sense just how varied and rich that world, long since passed into oblivion, actually was.

A number of the photographed monuments have undergone an unenviable fate: during tsarist times, Catholic and Uniate shrines were converted into Orthodox churches, later explosives were detonated within, or they were turned into sports halls, mechanics' repair workshops, warehouses and firing ranges... Turmoil and time left only fragments and ruins of the castles, monasteries and shrines. The only way of opposing the destructive forces of time was to capture these places in photographic images. The author of this album has been doing just that for many years already in Lithuania, Belarus and Ukraine.

Now, in regime-choked Belarus and war-ravaged Ukraine, where people are being terrorised and are dying, the monuments are being destroyed by forces other than just time. It'll be a long time before we might be able to witness those that do manage to survive. Thus, the photographs take on even more value as significant testimonials.

Essays by Tomas Venclova, Giedrė Jankevičiūtė and Rimvydas Petrauskas are also published in the album. Commentary by a historian appears alongside the photographs, giving a brief account of the value of each object and its most important historical aspects. The album has been released in Lithuanian and English.


Reviews (1)
A very unexpected book, great photographs and short interesting signatures that show that Russia or the Soviet Union was and is traditionally a barbaric state.
Vika, 2022-04-21
Sign in to comment
Subscribe to our newsletter