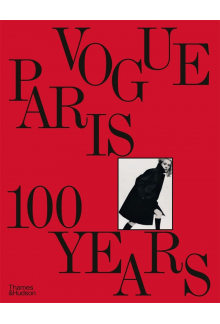 Price:
Add to cart
Add to wishlist
Whe don't have this product
Delivery in Lithuania within 2-6 weeks
Delivery in Lithuania within 1-4 working days
Delivery in Lithuania within 2-6 weeks
Delivery conditions
Description
Vogue Paris has always been so much more than a fashion magazine. It has assumed a central and vital role on the international cultural stage, with a history that spans the most inventive decades in fashion and taste, and in the arts and society. It has acted as a cultural bellwether, putting fashion in the context of the larger world in which we live and mirroring its times – the postwar renaissance of Paris and haute couture, the New Wave, the radical seventies, the glamorous eighties. As it enters its second century, it remains at the cutting edge of photography and design. Published to mark the magazine’s centenary, this book celebrates Vogue Paris’s history from its first issue in 1920 to its current incarnation with Emmanuelle Alt at the helm. On its pages are creations by some of the greatest artists of their era, whether distinguished illustrators such as Lepape, Gruau and Benito, or photographers such as Man Ray, Helmut Newton, Guy Bourdin and Mario Testino. Here, too, are iconic faces: Catherine Deneuve, Audrey Hepburn, Brigitte Bardot, Kate Moss and more. And of course, it showcases the fashion designers who defined the century – Chanel, Dior, Balenciaga, Saint Laurent, McQueen – and explores more broadly the changing mores of the past hundred years.