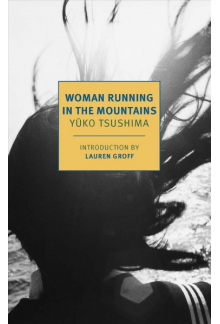 Set in 1970s Japan, this tender and poetic novel about a young, single mother struggling to find her place in the world is an early masterpiece by a modern Japanese master.

Alone at dawn, in the heat of midsummer, a heavily pregnant young woman named Takiko departs on foot for the hospital to give birth to a baby boy. Her pregnancy, the result of a brief casual affair with a married man, is a source of sorrow to her parents. For Takiko, however, it is a natural state of being, even a cause for reverie. Her baby, she imagines, will be hers and hers alone, a challenge but also an instrument for her long-wished-for independence. Unsuited to the typical domesticity of motherhood, Takiko sets out to raise her son Akira on her own terms, struggling as a single mother to find a job that will pay for his daycare and allow her to begin saving for her own apartment, away from her abusive and shaming parents.

Woman Running in the Mountains is a profoundly atmospheric novel, attuned to place, light, and weather. A porousness of self and surroundings attends Takiko's first year as a mother, filled with the intense bodily pleasures and pains that come from caring for a newborn, learning how to make room for Akira, how to accommodate him physically, emotionally, and psychologically. At first Takiko seeks refuge in the company of other women, in the maternity hospital, in her son's nursery; but as he grows, her life becomes less circumscribed, expanding outwards into previously unknown neighborhoods in her city, and then beyond, into the countryside, toward a mountain that captures her imagination and feeling for a wilder freedom. First published in Japan in 1980, Woman Running in the Mountains is as urgent and necessary an account today of the experience of the female body and of a woman's right to self-determination.